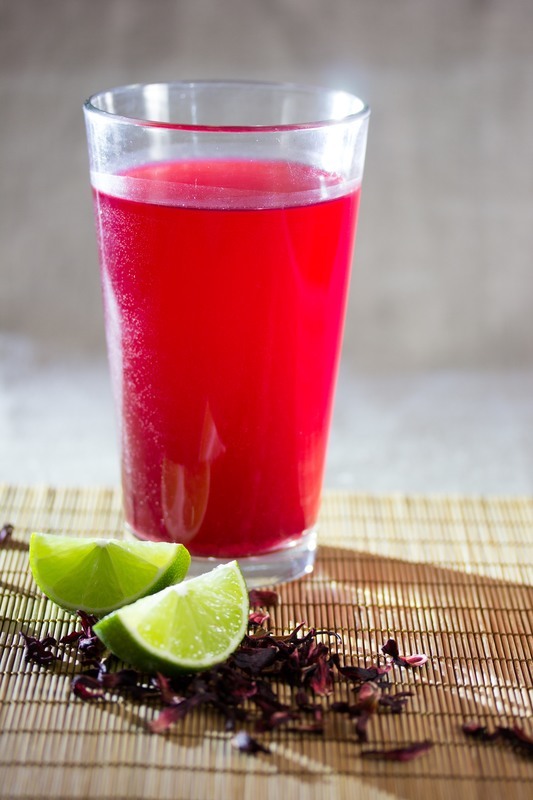 While designing the beers and finally crafting the wine to have on tap for my wedding, I realized that in order to round out a good drink list, a capable non-alcoholic drink would definitely be in order. I plan on having a saison, a sour beer, a gluten-free double IPA, and sangiovese on tap. It would practically be disrespectful to not have a non-alcoholic option to stand up to this selection. Can you imagine how frustrating it would be to be a designated driver at a wedding? I mean, let's be honest! This is why I just had to devise something truly interesting in the alcohol-free department. But what? My goal was to concoct something that the sober drinker would be thrilled to drink all day and not feel like they were missing out. In order to pull this off, I’d need an elixir that fits this criteria:

The search for the ultimate non-alcoholic beverage

Lemonade was out. I have strong passionate feelings about lemonade and lavender but I yearned for something more. Plus, I’ve never had the urge to drink any more than one glass of it in a day. Have you? But don’t get me wrong, something with that level of acid profile would definitely be important. Acidic beverages increase the perception of thirst quenching on a hot day because they make you salivate slightly when you take a sip, increasing the feeling of hydration and thus, refreshment. This is why sour drinks refresh like no other in the summer!
How would I get a nice, full acid profile that’s interesting but not too sharp? A mixture of acids perhaps? Wine features a mixture of malic, tartaric and lactic acids which is one of the reasons it’s so fascinatingly complex. What about crafting a drink with dried hibiscus? It features malic, tartaric and citric acid which can build a lingering multidimensional tang. Done!

Here are the dried hibiscus flowers I recommend.

Hibiscus is featured in infused drinks throughout the world. Looking for a little inspiration, it turns out that I wouldn’t need to re-invent the wheel, maybe just build on it a little. Most of the grunt work here has already been done hundreds of years ago. If only more of my wedding planning was like this. Agua de Jamaica (pronounced hah-MY-kah) is among the most interesting and fully flavored hibiscus drinks in the world. It was just what I was looking for.

What about crafting a drink with dried hibiscus? It features malic, tartaric and citric acid which can build a lingering multidimensional tang. Done!

Agua de Jamaica is a drink featuring hibiscus, popular in Central America, parts of the Caribbean and South America. The dried hibiscus is usually steeped with boiling water and ginger, allspice and cinnamon. A touch of sugar enhances fruit-forwardness and tames acidity. The boiling water quickly extracts the red anthocyanin pigments, acids and other flavors from the hibiscus flowers. The ginger accentuates tang and adds a touch of astringency. The allspice and cinnamon add a bit of bitter which accentuates the acid. The spicy aromatic notes of the allspice and cinnamon also complement the fruitiness of the hibiscus and ginger. I prefer agua de Jamaica with just enough sugar added to accentuate fruitiness and corral the acid into balance but not enough to be cloying. 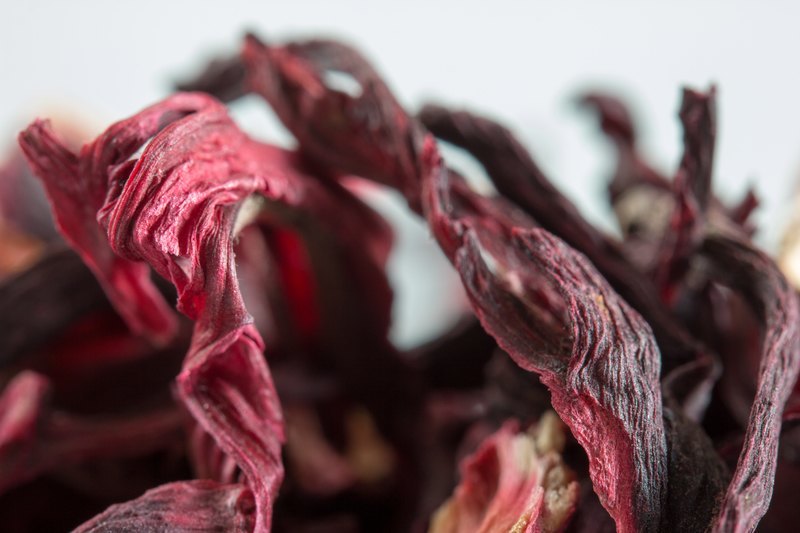 The health benefits of hibiscus are also extremely notable. I normally don’t go into health aspects in my articles in an effort to focus on building flavor first. However, this flower is just too good to pass up:
Now combine these health benefits with the the positive health attributes of the ginger and lime in the agua de Jamaica, and you have a tonic that’ll actually do you a little good as you’re binging on it all day at a wedding, if it wasn’t for the moderate sugar content. Do I want a glass of this right now? I do!

This drink reminds me of a mix between delicate-yet-intense beaujolais and refreshingly crisp lemonade; I don’t even miss the alcohol. In fact, I’d prefer to keep it out because I enjoy these fruity, tart and mildly spicy flavors as they are. However, I think we can push this flavor a little further. Let’s go!
A cold, overnight infusion with the hibiscus and spices allowed more fruit to come to the fore. Infusion in boiling water tended to produce more vegetal flavors and reduce fruity aromatics. This is because boiling liquids usually cause the ingredients within to let go of much of their aromatic volatile compounds early on, releasing them into the air. Keep this in mind when infusing fruity and herbal ingredients into liquids. This is also why late hop additions in beers produce the most intense, fresh hop aromatics.
I found that a little lime juice and zest delivers a punch of fruit that welcomes you as soon as the Agua de Jamaica hits your lips and wafts into your nose. Organic limes are important due to us using the zest. Non-organic limes are going to have pesticides in the zest; a definite no-no.
Swapping out the allspice for cardamom allowed the zing of the hibiscus, lime and ginger to integrate more fully. The aromatics are also more round due to cardamom’s delightful mint and pepper notes. Cardamom is in the same botanical family as ginger so it’s a natural fit in this refreshing drink.
The end result is a drink that is, although not traditional agua de Jamaica, heavily inspired by this thirst quenching punch. It’ll definitely stand its ground with pride among the taps at my wedding. This recipe makes about 1 quart. For the wedding, the recipe is being multiplied by a factor of 20 to yield about 5 gallons which is enough for at least 50 servings.

TIP: I’ve chosen not to carbonate this beverage in order to maintain the sessionability, but it’ll be placed on an extremely small amount of C02 pressure in the amount of about 3 PSI to facilitate convenient tap dispensing from a cornelius keg. If you desire some effervescence, I highly recommend force carbonating this keg and serving at 10 PSI. In this case, the carbonic acid from the C02 will add another layer of subtle acid, while the bubbles will slightly increase the perception of lightness on the palate. The cost will be slightly reduced sessionability. Not into that? Speak now or forever hold your peace. Or just forego force carbonation.

Serving your Agua de Jamaica cold and effervescent will add an extra layer of refreshment. This is a perfect way to dispense for events like weddings because it's convenient, sanitary, fast and easy to keep cool as long as you keep the keg in a bucket of icy water out of sight.

The easiest way to carbonate your Agua de Jamaica is to make enough for a 2.5 or 5 gallon keg and force carbonate it, if you have the right equipment. You'll need a keg, C02 tank with a regulator and a roomy refrigerator. Force carbonation means that the temperature of the keg is lowered and the keg is hooked up to C02 for about 4 days so the C02 dissipates into the liquid. If you choose to force carbonate, I recommend a level of 10 PSI, which is about the same level of carbonation found in a pale ale. To do this, hook your keg up to your C02 and set it to 10 PSI. Place your keg and C02 in a refrigerator set to 38F (3C) Let it sit for 4 days. Be sure to serve your Agua de Jamaica cold so the C02 stays dissolved in the solution; allowing the keg to come to room temperature will allow the C02 to come out of the liquid which will cause excessive foaming. Want more information on force carbonating? Stay tuned!

In an air-tight container, Agua de Jamaica will keep in the refrigerator for up to 2 weeks. 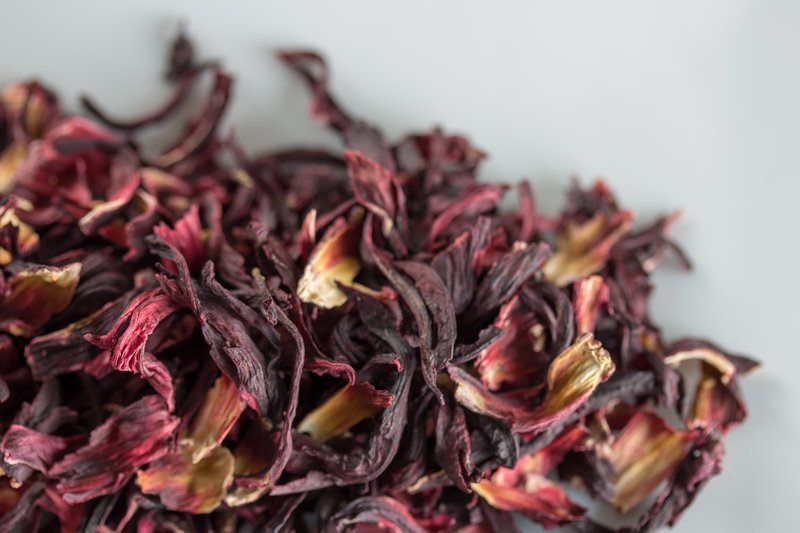 There are no user reviews for this listing.
Already have an account? Log in now
On FoodCraftLab I explore food science to see how far I can push the envelope of food. Let’s go foodcrafting! -Mattie

Gilbert Cantu
"I was really more interested in smell. I can't smell gas or people cooking outside. Please help"