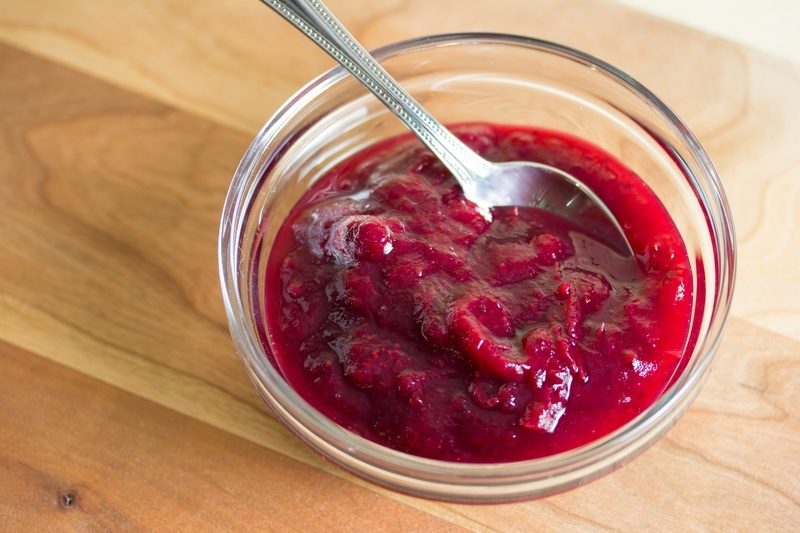 Cranberry sauce is one of the easiest, most foolproof sauces to make. You just throw a bunch of cranberries in a saucepan, cover it with some sugar, orange zest and, if you want to kick it up an extra notch, add some cinnamon or ginger. Let it simmer until the cranberries pop and then some, and you’re mostly done.


The reality is that every Holiday season I’m slogging through preparing the food I’m planning to share, always biting off a little more than I can chew, so to speak. I get to a point of where I think I’m done with everything and wait, what?! The cranberry sauce? I forgot to make it! So it’s back into the kitchen to bang it out.
I’m a huge fan of preparing large food projects in sections beforehand, then plugging them all together to make the final dishes as the feast approaches. I’ve found that this reduces Holiday cooking stress considerably. Last year this got me thinking: what if I could apply this trick to the cranberry sauce I’m always forgetting about? What if I could make it way in advance with even less overall time involved? Pressure cooker to the rescue. With the pressure cooker, I could make it a year ahead with the extra cranberries I had hanging around from this year, chuck it in the closet and forget about it until the end of next year. All with the same amount of effort it takes to make cranberry sauce a few days before the Holidays. No really.

Getting ingredients above 212F (100C) in a completely sealed environment has huge benefits to not only flavor but long-term shelf stability. Pressure cookers, aka pressure canners, enable you to use canning jars as food storage containers to do all of the following in one fell swoop:
This enables you to cook and can in one step. When pressure canning, you always have the option to bring the temperature up for faster canning and higher levels of sanitation, depending on the food that you're canning. 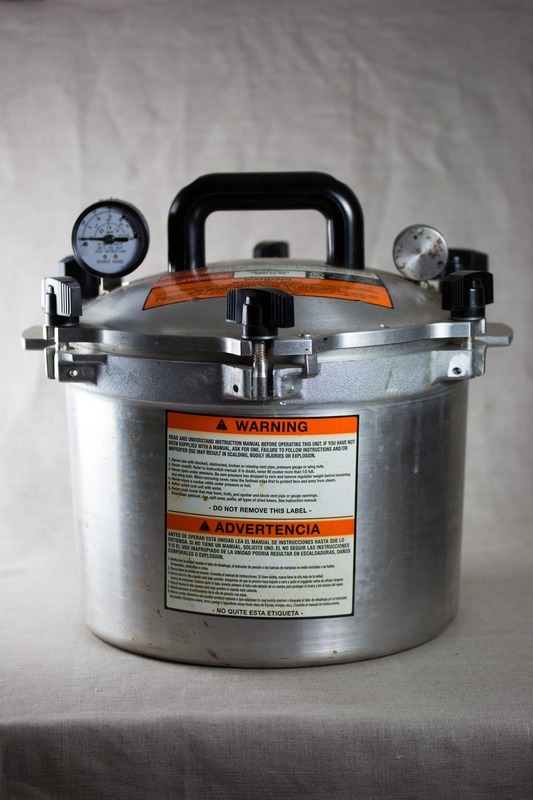 Pressure cookers take advantage of heat’s ability to expand as it increases. As your pressure cooker is cooking, it’s filled with boiling water and steam. In many models, a weight sits on the top of a nozzle. This weight is positioned so that it’s able to lift up relieve excess pressure as it exceeds the desired internal pressure. This pressure is measured in PSI (pounds per square inch).
Since you’re limiting the amount of pressure that can escape, as the pressure goes up, the temperature increases accordingly. Many models have the following settings:

Scared that the pressure cooker will explode as it gets pressurized? So was I. Not to worry! Luckily, many modern pressure canners such as the one I use, the All American Model 910, have a hole in the lid that is filled with a rubber grommet. This grommet is designed to pop out and vent excess pressure if the pressure exceeds a certain limit. 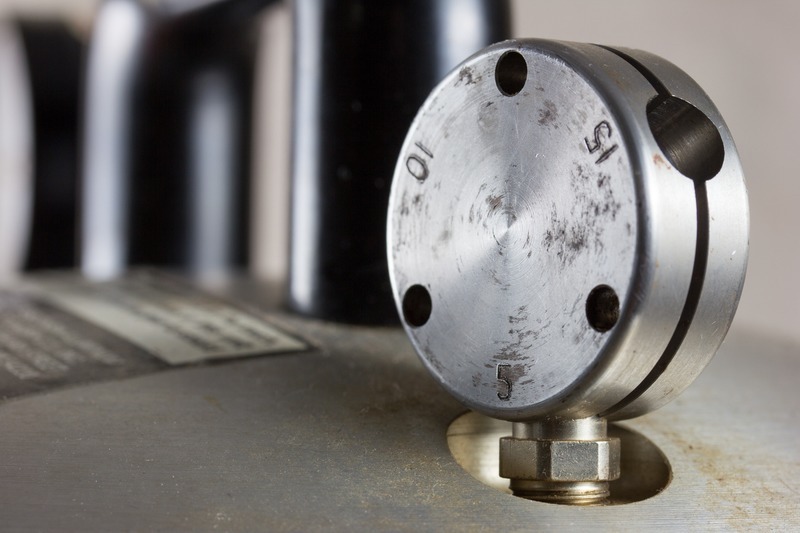 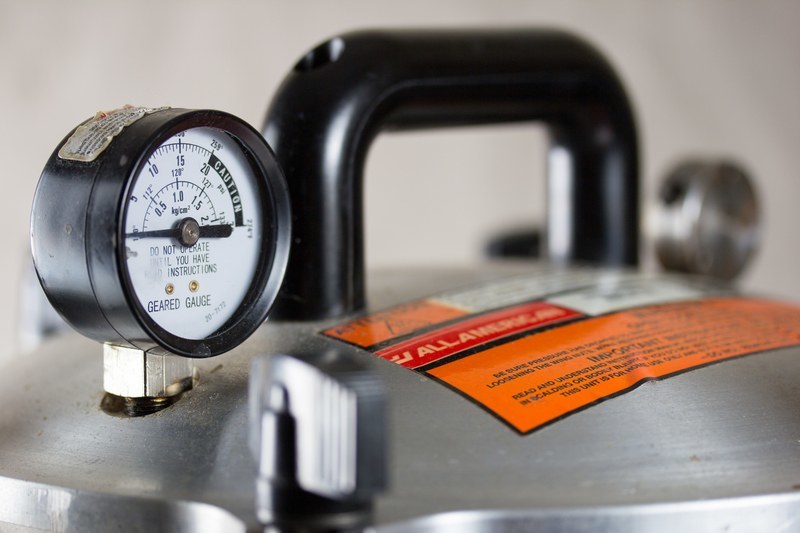 How do you know when to use a specific pressure?

Most people consult books such as the Ball Blue Book Guide to Preserving and simply look up what they’re about to can, based on ingredient. There’s also a pretty comprehensive free guide published by the USDA called the USDA Complete Guide to Home Canning.
It’s important to note here that if you’re in doubt of what temperature to use, 250F (212C) for 30 minutes will completely sterilize (or as I like to say, nuke) all microbes inside the pressure cooker, rendering it safe. But you won’t have to worry about that with this recipe due to cranberry sauce having ample sugar and acid to help ward off harmful microbes. More on that below.
All canned food doesn’t need to be pressure canned under these circumstances because disabling harmful microbes in canned food is a multi-pronged approach. The following three ingredient concentrations also vastly affect how microbes can survive in canned food:
These ingredients interfere with microbes ability to run cellular functions. For example, sauerkraut has a salt concentration between 2% and 3% which allows it to sit at room temperature for several weeks without allowing harmful microbes to gain a foothold.
Fruit preserves have enough sugar and acid to where regular water bath canning is usually enough to allow them to be preserved for the long term. Water bath canning involves placing the fruit purée filled jars in a large stockpot, covering them with water and allowing it all to boil for a specific amount of time.

Luckily, since we’re dealing with fruit preserves here, water bath canning would fit the bill nicely when it comes to producing a shelf-stable cranberry sauce. But since we’re both cooking and canning the cranberry sauce in one step, higher pressure canning at 5 PSI is more beneficial because it cooks the sauce more vigorously than water bath canning would, while doing it in a faster time period. The result is a semi-smooth cranberry sauce with just enough cranberry chunks. Since it’s canned, we can put it in the cupboard and literally forget about it until the next Holiday season.

5 PSI is more beneficial because it cooks the sauce more vigorously than water bath canning would, while doing it in a faster time period. 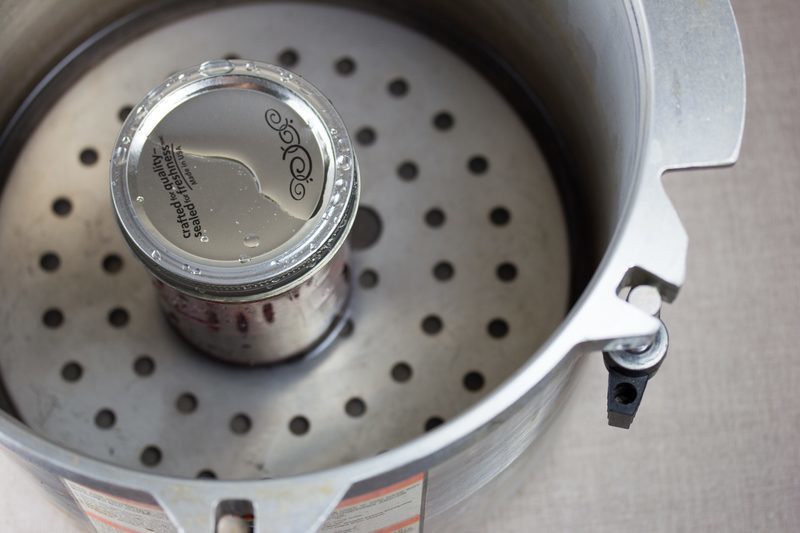 This cranberry sauce features pomegranate juice and orange zest to provide a burst of fruit flavor. The pomegranate juice enhances berry notes while the orange zest contributes to a subtle bright, tangy orange finish. If you're wondering, yes, this recipe can also be made in the traditional fashion with no modifications.

1) Place your ingredients in the canning jar

Rinse your cranberries. Transfer them as well as the sugar, pomegranate juice and orange zest to a 1 ½ pint canning jar. Wipe along the rim of the jar to make sure it's clean, screw the lid on tight and give the jar a good shake to disperse the ingredients. Now unscrew the lid completely and screw it back on, finger tight. This is important because the lid can't be too tight or else hot, expanding air won't be able to escape. This 1 ½ pint canning jar is essential because it’s critical there’s enough headspace in the jar to accommodate the ingredients before cooking. After everything is cooked, the cranberry sauce will take up less space. 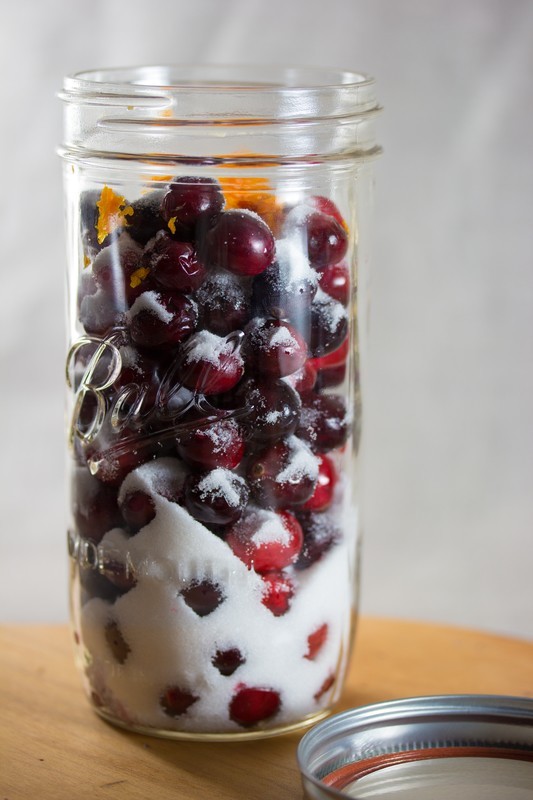 2) Place your cranberry sauce in the pressure cooker

3) Cook the cranberry sauce for 20 minutes at 5 PSI

4) Remove the cranberry sauce from the pressure cooker 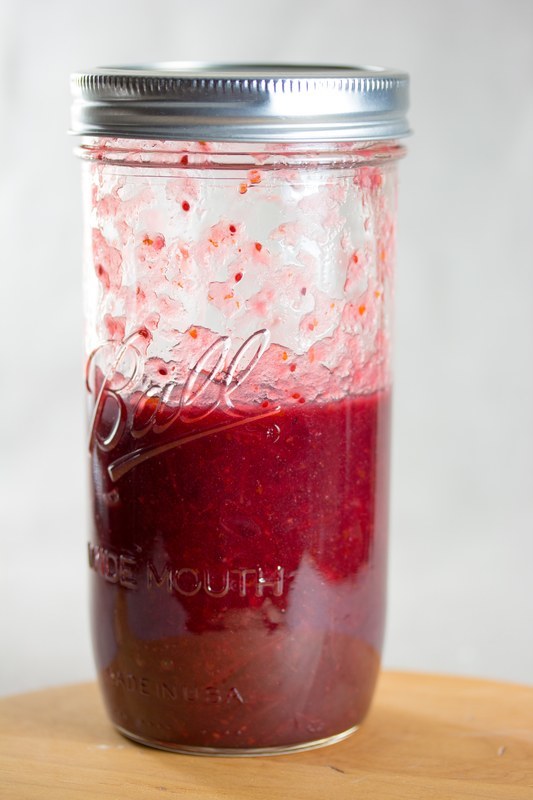 Get a price on the Pressure Cooker I Recommend at Amazon. 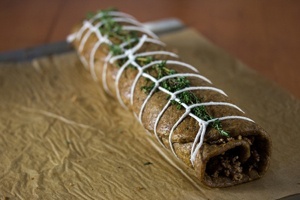 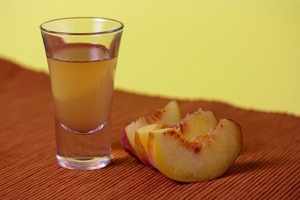 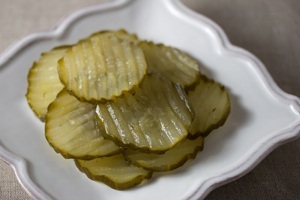 There are no user reviews for this listing.
Already have an account? Log in now
On FoodCraftLab I explore food science to see how far I can push the envelope of food. Let’s go foodcrafting! -Mattie